How to Clean iMac and Make It Perform Better. Best Proven Practices

Many people complain that their iMac does not run as smoothly as it did when fresh out of the box. Urban legends and rumors aside, the chief reason for slow performance is the lack of disk space. Other issues can include rouge, third-party apps, which bog down memory. Short of upgrading the RAM and hard drive, many things can be done on the software end of the spectrum that will bring your sluggish iMac back to life. In this article, we will look at the best steps you can take to speed things up. 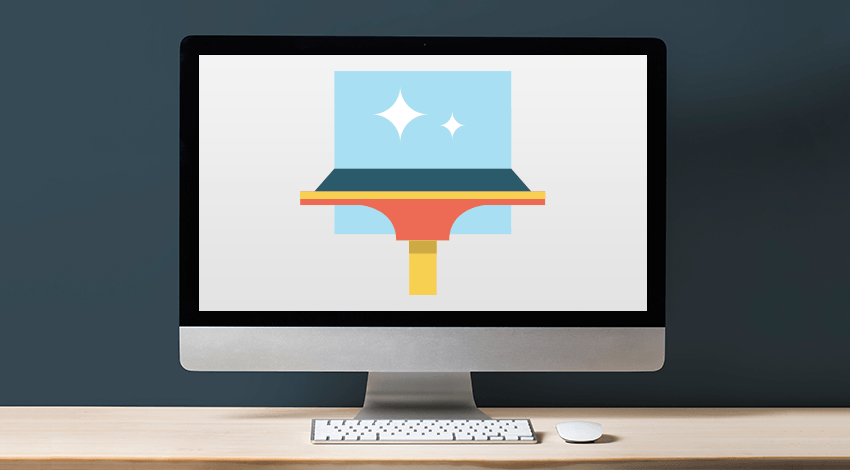 Why is your iMac running slow or Freezing?

That’s a good question to clarify before considering ways how to speed up your computer! The answer to which will vary depending on how your computer is used and maintained. Generally speaking, iMacs start running slow when there is a lack of disk space, which makes it hard for MacOS to create the required swap files. The other – and perhaps more widespread reason – is registry issues. When you install and uninstall an app, some of them will leave remnants behind; those fragments soon add up. When they pile up over the course of months and years, the registry starts to perform poorly causing frequent system hiccups and freezes.

Another reason can be the fact that you’re running an outdated version of the operating system, so check and update it if that’s the case. You may also want to run latest versions of all the apps on your iMac.

Cleaning the hard drive and startup stuff requires running through several steps if you’re not using a specialized app. Run through each step mentioned below:

Start by looking into the Applications and Downloads folder. If you see apps that are no longer used, then move those to Trash.

Unknown to many people, there are also leftover data associated with previously uninstalled applications. Because OS X does not have a dedicated uninstaller, you can use a third party app to remove all the residual files.

Use the Finder to search for all the larger files on your computer. Open up Finder and choose the volume you want to search, then click on File > Find, then choose Kind and select Other. In the Select, a search attribute window, click on File Size, and uncheck all other boxes and hit OK. You may also want to change the “equals” menu option to “is greater than” and select MB. Enter the minimum file size as 100MB. Then once the search is complete, delete any files that are no longer needed.

Each time you install an application on iMac, the software plants to the system a special package that includes permissions for the new app. However, after a while, the permissions can change, which may result in apps freezing and crashing at the most inappropriate moment. So, the disk permissions have to be repaired. This will require using the built-in tool called ‘Disk Utility.’ All you need is to run the utility and fix detected issues by following the prompts.

If you are experiencing a slow boot, the problem could be caused by several applications scheduled to open when your iMac boots. So, you may be better off setting them so that they don’t launch by default on startup. To do that, just click on System Preferences > Users & Groups and click on Login Items (tab) and you’ll see a list of all the apps that open when the computer boots. Just highlight the apps you no longer want starting up, and click the minus sign (-) button below the list.

If your iMac slows down, the reason could be one or more applications taking up too many resources. Open up the ‘Activity Monitor’ to verify this. Watch for apps that are using the most CPU and memory. To speed things up, all that’s needed is to close them if they are not being utilized at the moment.

Alternatively, iMac users may want to use a universal app, which handles all these tasks automatically upon one click. There are literally dozens of those to choose from on the AppStore or developers’ websites.

Improve the system with the iMac registry cleaner

Unlike other operating systems, the MacOS does not have a dedicated, built-in registry cleaner. However, it does have a registry, which functions differently compared to the one in Windows operating system (obviously, because Apple computers have another file system on their hard drives).

The good news is that there are several third-party apps, which will run automatically and fix invalid or outdated entries. Many of these apps will also optimize the system along the way. Plus, they also double as disk cleaning tools, which can be scheduled to run at a particular time. It could effectively automate the further process of maintenance.

Apart from the software optimization methods mentioned above, users can take further steps to speed up their iMac. Adding more RAM and an SSD drive can also make a huge difference. But those will cost you money for that reason it’s best to run through the checklist of mentioned above of steps before considering hardware upgrades.