A screenshot taken from the screen of your Apple device is an easy and fast way to share something exciting with others. Having taken a screenshot of a problem on your Mac or iPhone will help you get more relevant advice from another knowledgeable Apple user. But what to do when just one screenshot is not enough to describe a complex problem or show something cool in motion, and you actually would like to record a video from your screen?

This guide gives you a handy step-by-step tutorial for on how to take screen videos on Mac computers, iOS devices or Apple TV. 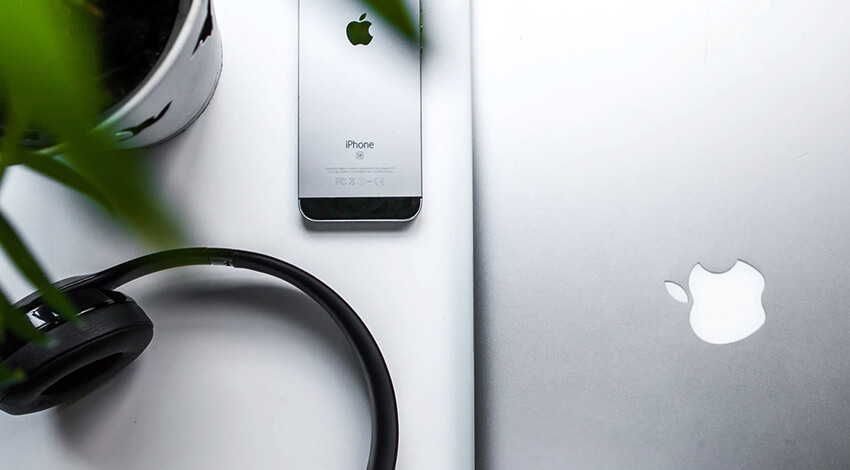 Before getting to the matter, we’d like to advise you clean memory on Mac prior to starting the recording process as it may require a considerable chunk of system resources.

Click an arrow sign which is placed next to the record button and a smaller window with the list of configuration options will appear. Select a source of a ‘Microphone’, if you’d like to record your voice over the video. In case you want mouse clicks to be shown on the video as well, tick it in the ‘Options’.

Now you need to click on the red/white recording button. You can either click it once again, to get the recording started, or drag the highlighted area if you’d like to record only a particular area of the screen.

To stop recording, click the Record button once again. Now, your video will be available to view in Quick Time Player.

You can edit the video, after recording it. But first, we recommend you save a copy of the initial version of the video. Go to File – Save, to do it. Next, click Edit – Trim (command + T). Point the new start and end of your video by dragging the yellow handles down at a frame scale.

In case you don’t want to cut the video, click File – Save (command + S) and get it written over the original. You can also save a copy of the video by clicking File – Duplicate.

Long movies and footages taken from a screen with the high-resolution may be of huge size. To save versions of your video in lower resolutions, you can use the option Export As. This can be handy for sending videos via e-mail. Keep in mind though, that it’s best to download videos to YouTube in their original resolution, as the site will adjust the quality of the footage itself. Same refers to sharing via iCloud.

To take a video from your Apple Screen TV, you have to know a few tricks. Firstly, you’ll need to connect Apple TV to your Mac. A USB-C cable will be enough for a model of the 4th generation. The 4K model goes without USB-C port. Hence, you’ll need to pair TV and Mac through the shared Wi-Fi network.

The process of pairing depends upon an OS your Mac runs on. Use Xcode (available for free on the AppStore) for Sierra OS. Open Window – Devices and Simulators. On the 4K Apple TV go to Settings app, then open Remotes and Devices – Remote app and Devices. Select Apple TV in the Xcode and enter the pin code which you see appear on the Apple TV. Now, the two devices should be synced.

To record footages from Apple TV of the 4th generation, open Quick Time Player on your Mac. Next, click File – New Movie Recording. Click the arrow sign next to the recording button; then select Apple TV in the option of Camera and Microphone (tick Office for both). Adjust setting in Quality (select High or Maximum resolution).

If you are using Sierra OS, the pairing of your Mac and Apple TV will be mirrored automatically through Quick Time Player by now. A not for those using High Sierra OS: when selecting Apple TV among Camera options, you’ll have to type in a code from your Apple TV on Mac, and accept screen footage on Apple TV. During the process of recording, you’ll see a red box near the screen of the Apple TV; it won’t be recorded in your movie though.

Keep in mind that it’s not possible to record any content of the protected video; it will be shown in the form of black rectangles on your footage.

iOS 11 on iPad and iPhone lets you record the screen video easily, without any extra software. All you need is to open Settings app – Control center – Customize controls. Next, tick ‘+’ for the Screen recording. After, you need to bring up the Control Center; swipe it from the screen bottom. Now, you’ll see the button for Screen recording. After tapping it, you’ll have a 3-second countdown before the screen recording starts. You can stop recording by taping the red bar in the top part of your screen. Next, either click Stop or double press the button in Control center. Your screen video will be saved and made available through Photos.

For iPad and iPhone running on iOS 10, you’ll need to connect them to your Mac and repeat the same process as for the Apple TV, in Quick Time player.