Like a hardcore fan of Apple, not long after the presentation of the latest version of macOS High Sierra, I updated my MacBook Pro 2017. My impressions? Well, in macOS 10.13 all failures and bugs were fixed. But updates, in general, did not please me. Faced with this situation, I decided to share with you some suggestions. This information might be quite useful both for those who still haven’t upgraded to High Sierra and those who already use it. 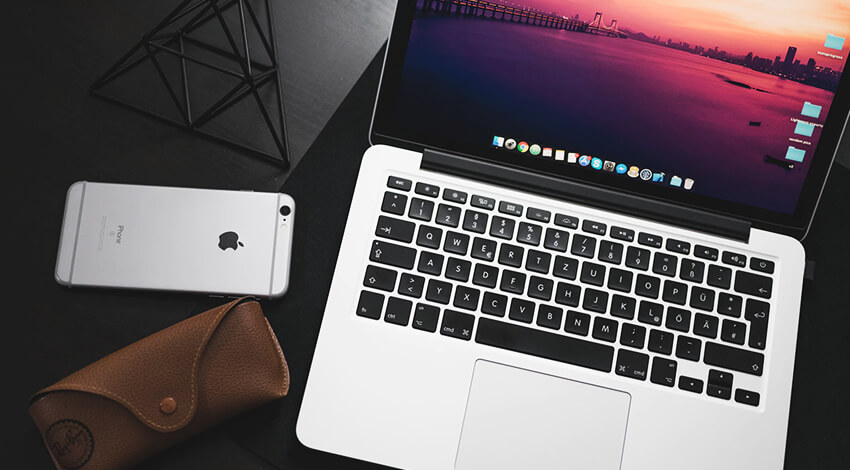 You have probably often heard about the significance of keeping updated backups. I guess the great annual updates of macOS confirm this once again. But there is another, even more essential thing. What’s that, you wonder? Make sure you have a bootable backup with the macOS recovery partition.

If the High Sierra upgrade process goes wrong, you will need to reboot the recovery disk in recovery mode, clear the Mac boot disk, and install a clean release of macOS Sierra or macOS High Sierra on the boot disk.

Check all installed applications for updates

Before installing the High Sierra, make sure that all applications on your computer have been updated. The time between June, when the Apple Worldwide Developers Conference is taking place, and September (sometimes October), when the latest version of macOS is usually released, developers spend to achieve full compatibility of their apps with the most recent version of the OS.

It is not that easy to observe all Mac application updates since some of them can be bought not only in the official Mac store but also on the developers’ websites. Nevertheless, you can easily check for updates in the application menu. Some apps not only check for updates but also automatically download them (for example, Google Chrome browser does that by default; but you can fine-tune virtually every app this way through its settings).

Make sure you disabled login and startup items

To make our work on Macs more convenient, we set up the system to launch the most frequently used applications automatically while turning on the computer. But this can cause some problems.

At some point, I decided to install the 8th beta version of macOS 10.13 High Sierra. Despite some strange pauses, the installation process was completed with success. After upgrading, I rebooted my MacBook Pro. The first thing I saw was the login screen – everything as usual. I entered the password, and then the most interesting things started to happen.

My startup elements appeared on the screen of my Apple computer. Then the screen was overshadowed by the dark translucency. I could not manipulate a keyboard or a trackpad.

Later, it became apparent that the issue was in the app, with the help of which I took screenshots for already several years. It was on the list of login items that launch on the system startup. The app developers have neglected the updates. As a result, I tried many options to finally close this program and immediately deleted it.

In brief, before upgrading your device to the High Sierra, clear the startup list. To do so, go to System Preferences->Users and Groups->Login Items. Once the OS has been updated, you can re-enable the autorun of the most frequently used programs. Each time, restart the computer to make certain everything is good, and apps run without any problems.

Alternatively, you can use one of numerous macOS Sierra cleaners that have a built-in utility to manage startup items.

Do not rush to update, maybe it’s worth to wait?

It is not obligatory to set up a fresh version of the OS on the first day of its release. Unless, of course, you are such a hardcore fan Apple that you just cannot wait anymore. Otherwise, take a break for few days, weigh everything, think whether you have an urgent necessity to install macOS High Sierra on your Mac at this very moment.

American technical giant copes quite well with all the bugs and eliminates the incompatibility of apps with the system by testing beta versions of its OS. However, it also happens that users get the OS version with some previously undetected issues.

I personally experienced such situation about five years before. Then, after having updated iOS on my iPhone, due to a number of problems I could no longer use my device. I was lucky: within a few hours, Apple released a renewed version of the updated OS.

My top tip for you – think twice before installing the OS updates on your devices. If you are not very confident in the latest version, wait for several days or even weeks, maybe some users will report bugs. In this way, you can save your time and nerves. No complaints from the fans of Apple updates? Then go ahead! Give your Mac the stimulus to work faster and be more productive.

Post 4 Hints for Those Who Want to Upgrade Mac to High Sierra Updated: March 15th, 2018 author MacProCleaner
Previous SSD Failure: 5 Warning Signs You Should Never Ignore
Next Finding and Getting Rid of Similar Files